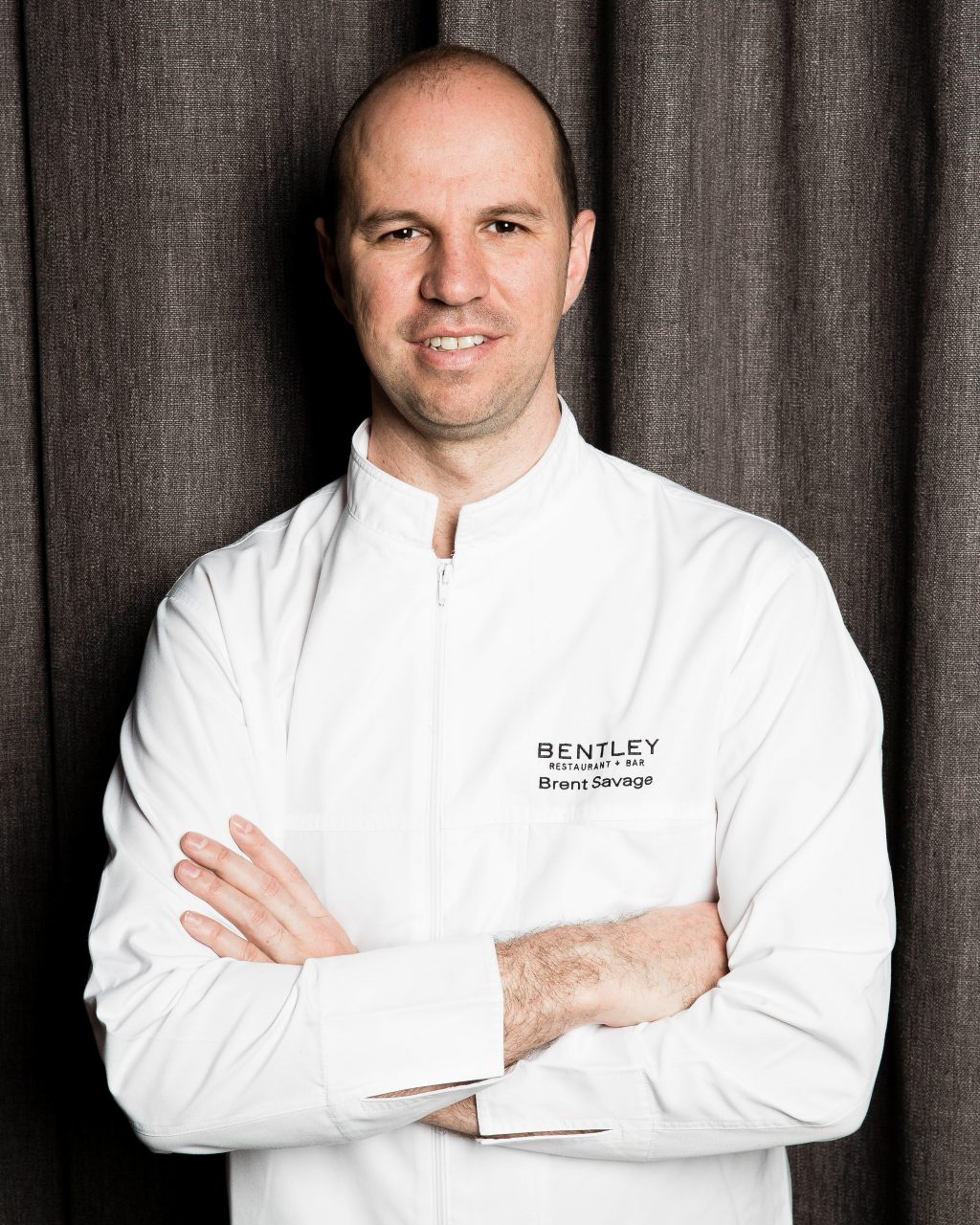 Brent Savage is chef and co-owner of renowned Sydney venues Bentley Restaurant & Bar, Monopole, Yellow and Cirrus, each of which holds two chef hats in the 2019 Good Food Guide.

Brent has a reputation for exciting, innovative food which is at the forefront of contemporary dining. His unique cooking style combines clever technique with a unique mastery of flavour and texture. He has twice been awarded the Sydney Morning Herald Good Food Guide Chef of the Year (2005 and 2015) and has travelled the world cooking as a guest in some of the world’s best restaurants.

Brent began his career in the Blue Mountains working under Phillip Searle of Vulcan’s before moving to Sydney to work at Marque Restaurant with Mark Best. From there he left to open Andrew McConnell’s Mrs Jones in Melbourne before returning to Sydney where he was employed as head chef at Moog Wine + Food. During his time there Savage earned a reputation for inventive food that was recognised when he was named 2005 Chef of the Year.

In 2006 Brent opened Bentley Restaurant + Bar in Surry Hills with business partner Nick Hildebrandt. It was a new kind of restaurant for Sydney, with food that could challenge and inspire, but in a relaxed atmosphere, and with an eclectic list of wines not offered anywhere else.

Bentley was named Best New Restaurant in the 2007 Sydney Morning Herald Good Food Guide and has held two hats in that guide for 12 consecutive years. Bentley has also consistently been included in the Gourmet Traveller’s Australian Restaurant Guide Top 100, and ranked as high as ninth best restaurant in Australia. It has become one of the most influential restaurants in Australia.

Following the success of Bentley, in 2012 Brent and Nick opened Monopole, a European-style wine bar and eatery in Potts Point. Monopole won its first hat in the 2014 Sydney Morning Herald Good Food Guide and has held two hats since 2017.

In 2013 the pair opened Yellow in the iconic Yellow House building in Potts Point, inspired by the European bistronomy movement, offering contemporary food and wine served in an informal atmosphere at affordable prices. In 2016 they relaunched Yellow to be 100 per cent vegetarian having recognized a growing demand for plant-based eating.

In December 2013, Bentley Restaurant + Bar relaunched on the ground floor of the Radisson Blu Hotel in Sydney’s CBD. The edgy interior design of this 100-seat restaurant offers a stunning backdrop to Brent’s innovative food and Nick’s eclectic wine list.

In September 2016, Brent and Nick opened Cirrus in the Barangaroo precinct on Sydney Harbour. The seafood menu reflects the waterfront location and showcases some of Australia’s finest sustainably caught seafood.

Brent is the author of Bentley: Contemporary Cuisine, a cookbook inspired by recipes created at Bentley.