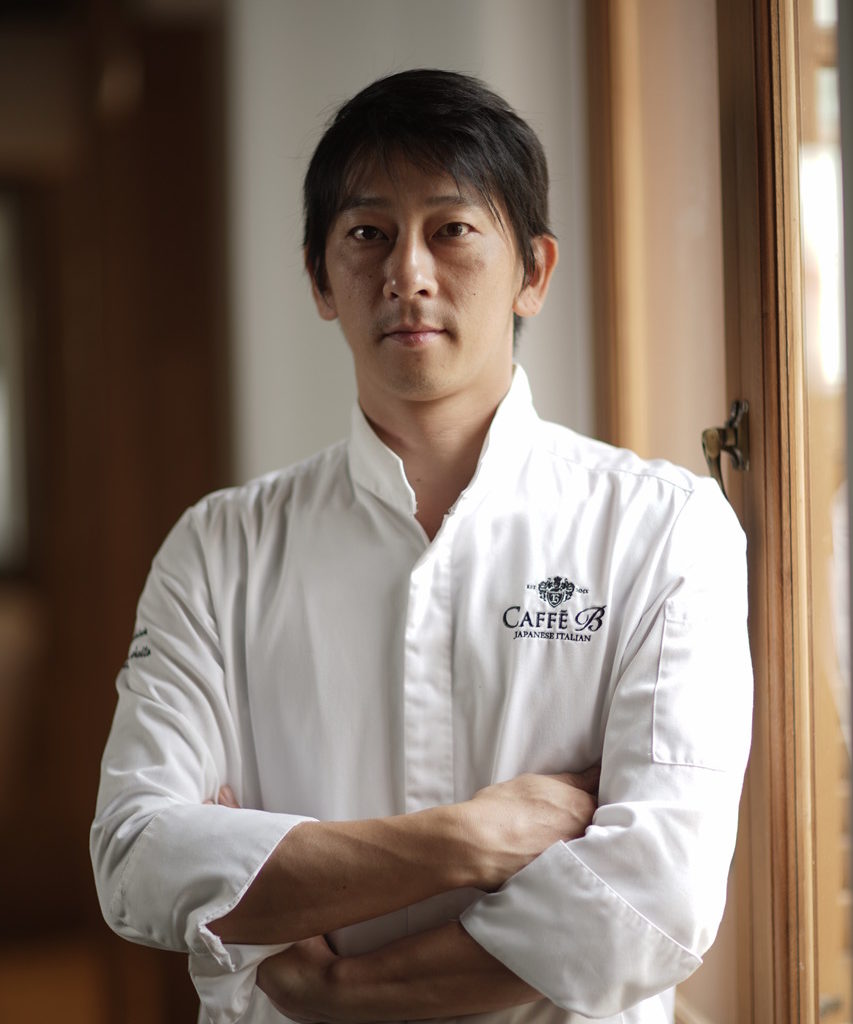 Born in Tokyo and brought up in a family of artistic talents in Saitama,
Chef Saito’s artistry came naturally.
With an architect dad and a sister who designs ceramic dinnerware,
He found his own creative path in culinary.

At the age of 15, Chef Saito had a run of part-time kitchen positions in an Izakaya.
The daily 5hr shift in a fast paced kitchen environment left a lasting impression,
encouraging him to explore his culinary prowess.

Chef Saito’s culinary repertoire flourished over the next 20 years,
as a “homegrown” chef in different regions of Japan.
He then proceeded to Sweden where he served as a personal chef to a Japan Ambassador.​

In 2014, after spending almost 5years in Sweden,
Chef Saito started his culinary career in Singapore bringing with him infused flavors of Europe.

Chef Saito had by then developed and refined his culinary techniques,
offering an innovative Italian cooking paired with an elegant touch of Japanese culinary refinement.

After successful stints at renowned Japanese restaurants including Hanashizuku and 5 Nines,
Chief Saito was hand-picked by Caffe B as it’s chief adviser.

Chef Saito is always striving to create individualized dining experience that is both refined yet unexpected for his clients. Constantly evolving and changing, his cuisine is inspired by his passion for cooking as well as by his native Japanese roots.​

When Chef Saito is not in the kitchen, you will likely find him enjoying his music and art,
spending his time in the garden with his green collection.

Inspired by good music, fine art and the nature,
Chef Saito brings his cooking to a higher level of perfection.