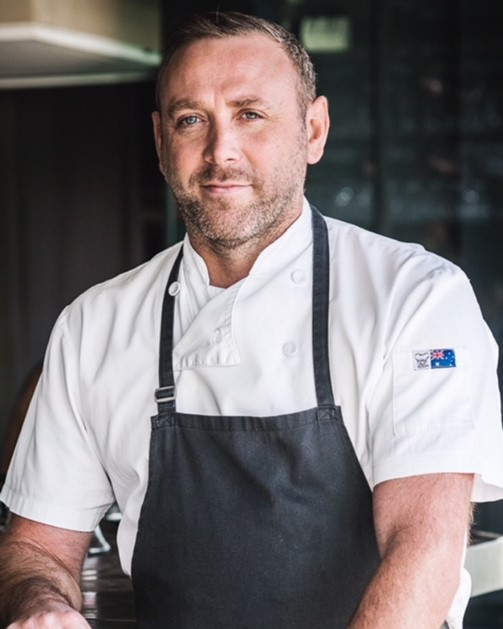 As one of the countries most respected chef’s, Joel is known for his striking visual creations and contemporary style. Instantly recognisable, Joel’s artistry exemplifies his deft touch with colour, flavour & texture…sometimes playful, sometimes polarizing but always progressive, it has cemented Joel as one of Australia’s finest chefs, and would see him awarded the Sydney Telegraph Chef of the year 2016 and  Le Savour Chef of the year in 2018.

Travelling extensively throughout Europe and Asia, Joel has collaborated with and cooked alongside world renowned chefs such as Rene Redzepi & Eric Ripert, helping shape his own culinary identity and confirming his passion for his craft.

In 2013 Joel joined the team as Head chef at Biota Dining in the rural southern highlands of NSW. It was this move that Joel credits as the most seminal point in his career, working alongside James Viles to help shape and lead one of the most influential restaurants of its time. During his 3 year tenure as head chef he attained 2 chefs hats, was awarded regional restaurant of the year, whilst constantly recognised as one of the Australia’s leading restaurants by Gourmet Traveller, The Australian, Conde Nast Traveller and The Sydney Morning Herald.

In late 2015 Joel was presented with the chance to return to Sydney and to collaborate with Marriott hotels at their signature 5 star hotel Pier One. Joel would take the reigns as Executive Chef and spearhead The Gantry restaurant and within 2 months and had won them their first chefs hat, maintaining this for a further two years.

In 2018 Joel’s friendship with chef Matt Moran would bring about an opportunity that would present him with his greatest challenge to date. To lead arguably Australia’s most successful and iconic fine dining restaurant …ARIA.

Joel joined as Executive chef and enjoyed immediate success attaining a 17/20 score and 2 chefs hats, he would go on to maintain this for 4 years, during this time working closely with artisan suppliers, producers and farmers whilst constantly re-defining his take on contemporary Australian cuisine at the highest level.

A chance meeting through a mutual friend in 2021 would lead Joel to his most ambitious role. Overseeing and facilitating multifaceted high end dining experiences for The Point Group, in particular Shell House, the vision to create two dining rooms and three bars all with food offerings in one venue.

In addition to Joel’s current role as Director Of Culinary , forthcoming is his reconceptualization of the historic Fort Denison on Sydney Harbour.